Three-time Grammy Award winner, multi-platinum selling singer, songwriter and producer R. Kelly is set to hit the rode for “The Buffet” tour starting Thursday, April 21st 2016 at Cincinnati's U.S. Bank Arena. The “The Buffet” tour is promoted by The Commission Presents is set to be one of R. Kelly's most entertaining shows to date. Tickets will go on sale this Friday, March 25 at 10am at the U.S. Bank Arena box office, all Ticketmaster outlets including select Kroger stores, call 1-800-745-3000, or online at Ticketmaster.com

“He’s by far the most theatrical figure in R&B,” explains the New York Times. “He was riveting, slicing and dicing notes into jagged shapes. Mr. Kelly is a precise and flexible singer, able to summon hurt and church and ecstasy at will.”

R. Kelly released his highly anticipated 13th solo studio album The Buffet on December 11, 2015. The album includes his hit summer jam “Backyard Party” and his latest single “Marching Band.” With over 470 songs recorded over the course of the last 2 years, “The Buffet” positions the prolific songwriter and entertainer as the “King of R&B” yet again. The Buffet is a musical smorgasbord with sounds ranging from R&B to pop to blues and even country. R. Kelly adds his signature soulfulness to make each song uniquely his own while giving fans an eclectic taste of his musical influences. The album boast features from music heavy hitters Lil Wayne and Juicy J plus music's hottest new artists Ty Dolla $ign, Jeremih, Tinashe and Jhené Aiko.

"I have fans from numerous generations listening to my music now and I wanted to provide everyone with something they could enjoy" explains R. Kelly. "With The Buffet, I wanted to showcase a variety of my musical sounds and include all the genres I love on one project."

Lauded as an R&B legend, R. Kelly is one of the most successful artists of all time with over 40 million albums sold worldwide, 3 Grammy Awards, 6 American Music Awards, 6 Billboard Awards, and 8 Soul Train Awards. His chart-topping hits range from “Bump N’ Grind” and “Your Body’s Callin” to Grammy Award winning “I Believe I Can Fly” and everything in between. In addition to recent collaborations with Lady Gaga (“Do What U Want”), Justin Bieber (“PYD”), Phoenix (“Trying To Be Cool" remix) and Bruno Mars (“Gorilla” remix), R. Kelly has scored hit songs for Michael Jackson (“You Are Not Alone”), Celine Dion (“I’m Your Angel”), Maxwell (“Fortunate”) and countless others. With a music career spanning over 25 years, R. Kelly has proven time and time again he's the “King of R&B.”

For more information on this and other upcoming events, please visit www.usbankarena.com. 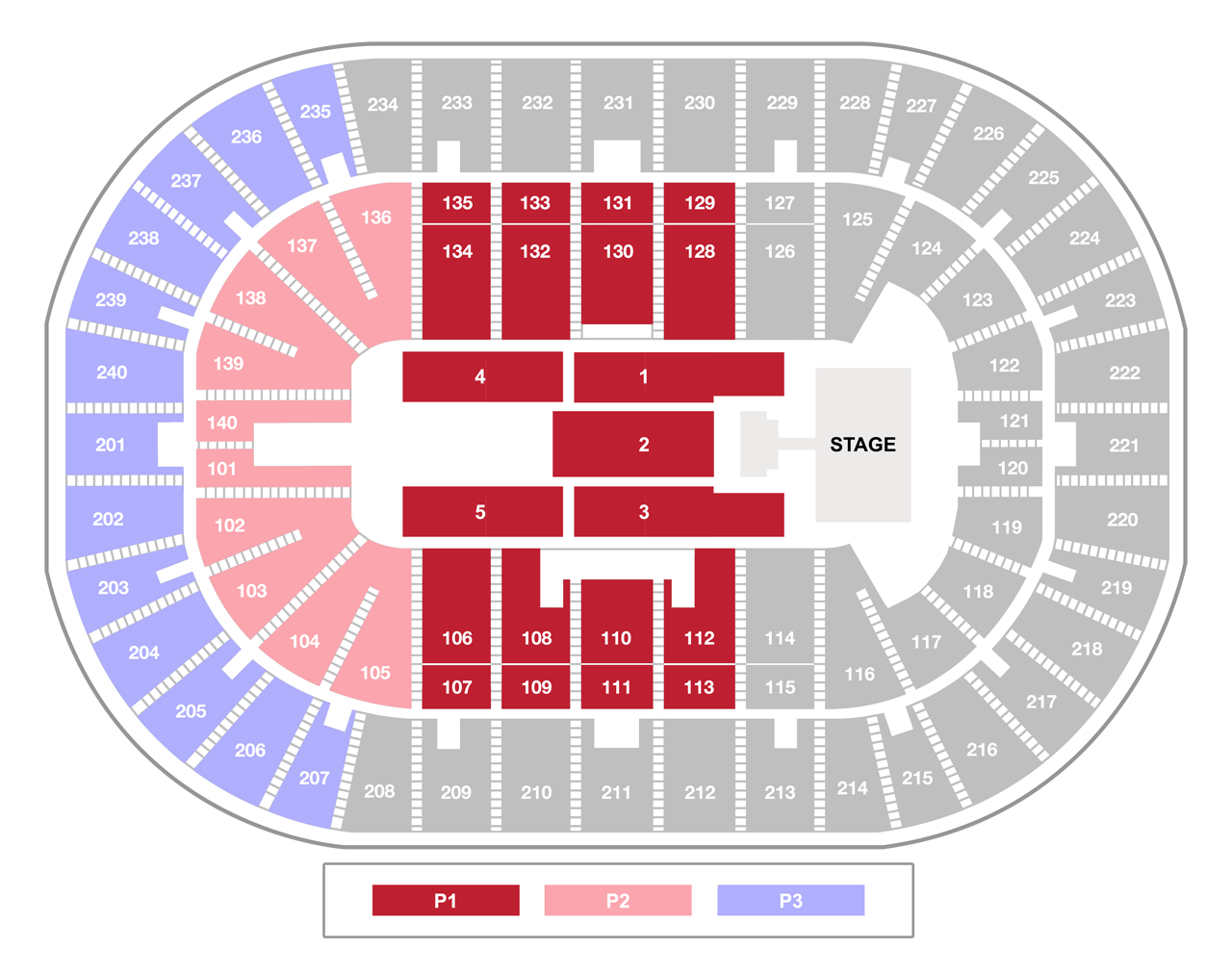